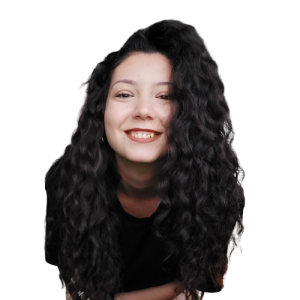 NFTs and the Creator Economy: Bringing ownership back to Creators

What was once thought of as just another digital trend that’s gonna come and go faster than the Will Smith slapping Chris Rock meme has now turned into a $21.33 billion market. That’s a 52.1% increase compared to 2021. And there are no signs of slowing down.

As more people join the NFT space it raises the question: How does this affect the creator economy? What does this ever-growing space have to offer to creators and companies?

To answer these and many other questions, we’re gonna cover:

Enough of this intro, let’s deep-dive into the topic.

Before we go in-depth, let’s put it in simple terms.

NFTs are unique digital assets that live on the blockchain. They’re non-fungible tokens (hence the acronym NFTs) that can be bought, sold, and owned. Nearly everything that’s digital can become an NFT, including images, videos, audio recordings, memes, GIFs, animations, video games, and even tweets.

Jack Dorsey, co-founder, and ex-CEO of Twitter sold his first tweet as an NFT for more than $2.9 million. That’s insane!

Think of an NFT as a digital collectible whose value can rise over time. Here’s an example.

The luxury brand Hermés is most known for its Birkin handbags. They release a very limited quantity and issue a serial number for each handbag to verify its authenticity. They’re very expensive and selling them in secondary markets brings the price even higher, depending on their condition and age. Their most expensive handbag to date has an original retail price of $300.000, but it was sold for over $400.000 at an auction.

NFTs have unique IDs and are stored on the blockchain, a database that stores electronic information. This ensures that an NFT cannot be counterfeit and is one of a kind. So when you buy one, you own that original piece of digital content.

NFTs are also called non-fungible. What does that mean?

OK, now that we’ve covered the basics, it’s time to move on.

How did NFTs become so popular?

NFTs have been around for longer than people realize. The first predecessor of the NFTs we know and love today is the Colored Coin or CC. CCs first appeared around 2013 as derivatives from the digital currency Bitcoin.

Over time, more derivatives were created. The creators of the card game Spells of Genesis based the game on blockchain technology to ensure there weren’t any counterfeit cards. Then, the infamous Rare Pepe meme made it possible for the creation of the Rare Pepe Directory.

The next phase of the development of NFTs was in 2017 with the creation of CryptoPunks, considered the OG NFTs. At first, these Etherium-based 24 x 24-bit images were offered for free. As their popularity rose, some were selling for more than $11 million.

The moment when the flood gates opened

Alexa, play “I want to break free” by Queen

The real breakthrough moment was in 2021 with the creation of the NFT “Everydays: The First 5000 Days”. Mike Winkelmann, better known as Beeple, is the creator of the NFT art that changed everything. This was the first time an NFT, or any kind of digital art for that matter, was sold at an auction house (Christie’s) at a jaw-dropping price of $69 million.

After that, the NFT space exploded. It claimed its standing and validation. Lots of other collections were launched and auctioned off. Prices kept going up. New and improved NFT marketplaces were created, private social media groups were booming, and even in-person events were hosted in multiple cities in the US.

What is the impact of NFTs on the Creator Economy?

Before we dive into the crossover of NFTs, here is everything you need to know about the creator economy.

The creator economy combined with NFTs has democratized content creation, distribution, and consumption. That puts an emphasis on ownership over the entire content creation journey, both individual ownership (monetization) and collective ownership (community). It has also decentralized big platforms and the overall financial landscape.

As a result, various online platforms that want to support this model have emerged. There are many marketplaces to choose from, from Valuable where the average NFT price is $150 to Mintable where they average at $900.

Let me give you an example and some stats:

What does this mean for creators?

This new model in the creator economy has made it possible for creators to express themselves freely and take the financial control back into their hands. They don’t have to rely on big-name platforms, nor do they have to bend to brands and advertisers to maintain their income.

NFTs are today’s creative medium of choice both for professionals and hobbyists. They’re open to all art forms, making the entry barrier to this market low. Subsequently, platforms are providing space for creators to express their creativity through this medium.

As digital creators have tapped into blockchain technology in a way that works for them, they create new ways to monetize their content and build a powerful creator community.

Creators can use NFTs to engage with audiences and get crowdfunding. It works perfectly both for the audience and for the creator. There’s a huge demand from fans for that type of content. They would support and consume content from individual creators rather than companies.

Since NFTs are considered modern-day collectibles, they can resell them later down the line if the value of the NFT increases. And people LOVE to own things so they pride themselves on owning a one-of-a-kind collectible

Also, buying creator-generated NFTs elevates the fan interaction. It adds an extra layer to the experience where fans not only engage with the content but also own it. A tweet by Gary Vaynerchuk said, “NFTs will be the gateway to access those you admire.”

What does this mean for brands?

If brands want to stay afloat in the creator economy, they need to adapt to the changes taking place. That means shifting their focus to people, connecting with them on a deeper level, and building a loyal community.

That’s exactly what NFTs can provide.

People want brands to represent their values and be interested in a connection beyond the buying process. They also want to feel included throughout the brand’s journey where they can influence decisions, get special deals and have access to exclusive content.

Take the brand Toys R Us for example. They entered the NFT market in November 2021 with an exclusive limited-edition collection featuring their mascot Geoffrey the Giraffe. Yehuda Shmidman, chairman and CEO of Toys R Us made a statement on the matter:

“As we continue to invest in the growth of the brand, entering the blockchain signifies a momentous step into the future and allows us to broaden our engagement with our loyal and expanding community of Toys”R”Us fans.”

NFTs can play a supporting role in operations that drive conversions and sales. The results may not be immediate though as implementing NFTs in the marketing strategy comes down to playing the long game.

With NFTs, companies can increase their brand awareness, interest, and loyalty. Due to their uniqueness, they can offer ownership for something that is tangible and valuable, other than their normal products.

As NFT’s popularity has exploded, any brand that enters this space will naturally become exciting and people will be interested. If you offer rewards for your audience’s participation in creating and purchasing your NFTs, you can increase your customer lifetime value and generate sales at the same time.

The possibilities are endless with NFTs. It just comes down to brands and their willingness to incorporate them into their strategies.

To close off this article, I’ll leave you with a couple of final thoughts.

Even though NFTs are at a relatively early stage of their development, they’re not just some digital trend anymore. They’ve become a valuable commodity, changing the ways people create, monetize, and distribute their content in the creator economy.

Decentralization is taking its stand, both in the NFT space and in the creator economy, The more creators and companies open up to this technology, the more they will benefit from it. Because those that have already utilized NFTs have seen massive growth.

Get the list with data on all e-commerce platforms we found on IG.
FREE STUFF!