The creator economy consists of 200 million creators and over 300 startups. These startups offer tools, platforms, products, and services that help creators launch their careers and turn their side-hustles into businesses.

From managing finances and live stream shopping to selling courses and making music – you name it, there’s a startup for it. So let’s take a look at which startups are influencing the growth of the creator economy, both in numbers and in funding.

And if you want more details on the startups mentioned in this article plus over 300 creator economy startups, you can download our database for free!

These are in no particular order.

Beacons is a link-in-bio startup that offers a two-tab site with growth and monetization features. Creators can customize their links and embed virtually anything: social channels, selling links, fan donations, etc.

Pearpop offers Instagram and Tiktok creators a marketplace where they can pay or get paid to collaborate with other creators, brands, or users on content creation.

Pietra is a platform where creators can connect with manufacturers, warehouses, and product designers to release their own products. Creators have a wide variety of products to choose from, including clothing, drinks, fragrances, etc.

Buy me a Coffee is a platform that provides creators to accept support, membership, and payments from their loyal fans. Creators can set up monthly or annual memberships.

With Fanhouse, creators can directly connect with their fans and make money from subscriptions and tipping while growing their community.

Stir is a platform that lets creators track their finances and pay their collaborators and employees instantly. It’s a financial studio for collaborating, splitting, and managing your money and metrics.

Karat offers separate charge cards tailored to Instagram, YouTube, and Tiktok creators. To see whether the creator qualifies for a card, the platform looks at metrics like engagement rate and follower count.

On Kajabi, creators can build, market, and sell their online courses, coaching classes, and memberships. It provides a dashboard with the creators’ website, social media, communities, etc. all in one place.

Another subscription service, OnlyFans is especially popular among adult content creators. Creators can monetize by setting up subscriptions on a monthly or annual bases, or by one-off tips and pay-per-view.

A backstory: Funding in creator economy startups over time

The creator economy is far past what it was 10 years ago. Creators, startups, and the space as a whole have become a $104.2 billion industry. This has led to millions of new job positions that have never existed before.

For comparison, the global athletic footwear market, or sneaker economy, is worth $127.3 billion. Other than the “small” difference in revenue, the biggest difference is that the creator economy has only existed for the last 10 years while sneakers have been around since the 19th century.

For perspective, here’s an updated version of a chart by Gumroad of how the value of the creator economy has risen through the years. That last column wouldn’t even fit your screen if it was made realistically.

In 2012 the creator economy market was worth a “mere” $600.000. This was back when Facebook and Tumblr were amongst the only platforms that were poppin’. Instagram was just starting to make its way to the top.

New platforms had emerged over time, ones that offered more options for content creation:

With this came the birth of platforms and tools that help creators manage projects and finances, track analytics, build communities, etc. This is where VCs took note of what was going on in the creator space.

As you can see from this chart by CBInsights, there were only 16 disclosed deals in creator economy startups in 2016, with a total valuation of $109 million. There’s a steady rise in the number of deals and the amount that was invested from that point to 2019. Then, in 2020, The Global Event That Shall Not Be Named happened and the creator economy exploded.

Among the top investors and VCs in the creator economy are:

The impact of the Pandemic on Creator Economy startups

When the Pandemic hit in late 2019-early 2020 and the whole world shut down, creators and creator economy startups grew to a massive extent. With everyone being stuck at home, the usage of social media platforms grew.

This was a perfect opportunity for creator economy investors to double down and start huge funding rounds. In 2020, there were 62 disclosed funding deals, with a total value of $464 million. And in 2021, the number grew astronomically, with a total investment of $6 billion from January 2021 until today.

From that point on, the creator economy became an important part of the overall global economy.

A drop in funding: What’s happening in tech?

This is a problem in the tech industry as a whole, not just the creator economy. Tech companies have been laying people off left and right. Just this month Cameo laid off 87 of its employees, including their CTO, CPO, and senior marketing executive. Klarna, a Swedish fintech company laid off 10% of its workforce. Bolt let go of over 100 employees.

On top of layoffs, tech companies have been freezing their hiring processes. Amazon, Snap, Uber, Meta, Nvidia, and Lyft are just some of the companies that have slowed down or completely stopped hiring.

To bring more clarity to this topic and what this means for the creator economy I talked to our Co-founder and CEO, Nikola Sokolov. He’s been running our startup, Influencers.Club for 3 years now and has been in contact with many companies in the industry. Many of them that are mentioned in this article are our clients, so we have in-depth information on the subject.

Here’s what Nikola thinks this situation will bring in the future. 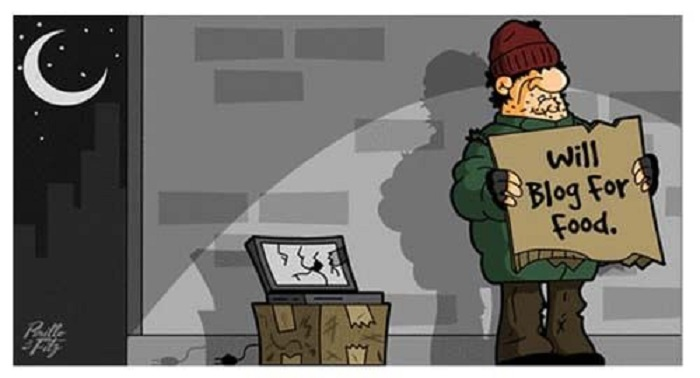 “I agree with everyone that yes, there will be less VC money (if any at all) in the following months BUT whoever survives will come out of this stronger. Here is why.

Moreover, brands will shift from FB / Insta / TikTok advertising to creator / micro-influencer marketing. If you ever tried it, it makes a TON of sense ROI-wise. Yes it’s harder, yes it takes more time to get it right but other than Google Ads, creators can make a difference in a business.

This in fact will create the game-changing part: We’ve all been saying that there is no “creator middle-class”. Well, guess what, micro-influencers will be cheaper and much more open to doing brand partnerships. And much, much more ROI positive. There is your middle class.

Now this will delay the transition to creators having their own businesses and earning money through sources other than brand partnerships but they will still get paid, and even more, if you ask me.

Which creator economy startups got funding in 2022 so far?

Even though funding had dropped, there were still some major investments that happened, according to the Creator Economy Database by The Information:

All three of these startups reached unicorn status and are a part of the 35 creator economy startups that secured funding in Q1. Other startups on the list include influencer marketing platforms, media companies, financial services, and crypto marketplaces:

The total value of investments in Q1 reached $1 billion. So no, the creator economy is not dying. It’s just reshifting its focus, investing in startups that have something valuable to offer, and have the potential to grow and dominate the space.

Amongst the many creator economy startups emerging every day, there seem to be trends that correspond with the biggest pain points of today’s creators: how to best monetize, how to best manage a creator business, and how to best distribute content.

It seems that when it comes to monetization companies have a long way to go. With all the added monetization features, creator funds, and brand deals, many creators still struggle to earn money. So much that 46% of full-time creators make less than $1000 a year. Come on, we can do better than that!

Some creator economy companies are actually doing better, and are developing creator tools and platforms to make monetization a whole lot easier.

Platforms like Pearpop offer a Tiktok and Instagram marketplace where creators can collaborate with others on content creation, and get paid while doing it. One platform that’s allowing creators to connect with their loyal fans and earn money is Fanhouse.

As more of these creator platforms and tools emerge, creators won’t have to rely solely on big-name social platforms for their earnings. They enable creators to maximize their earnings and offer alternative ways of monetizing.

Managing the back-end of a creator business is one of the most important and challenging aspects of it. Being a creator now is so much more than just creating content. For that reason, creators need tools to manage their finances and projects, track analytics, organize tasks and juggle multiple platforms.

Platforms that offer financial services are becoming more and more popular as they’re closely tied with how creators make money. Monetization and financial management go hand in hand. They are also popular among investors, as some of the biggest investments in Q1 were in this type of startup.

An example of this kind of startup is Stir, a platform that lets creators track their finances and pay their collaborators and employees instantly. On the operations side, Passionfruit offers creators tools to not only manage finances but also maintain customer relations and track sales.

Content distribution has become more important as creators diversify their presence on multiple platforms. Optimizing content for different platforms, and in different formats is not as simple as people think.

One startup, Jellysmack, thought of this, and now helps Youtube creators earn additional ad revenue by redistributing their videos onto other platforms. Startups like this were created for different types of content.

What we’re seeing right now is just the tip of the creator economy iceberg. As creators’ needs and challenges change, new tools will be created. With more creators and startups joining the space, investors and VCs will follow suit, pouring even more money into this space.

Who knows what will come next in the creator economy. We’re already seeing the next generation of startups take their stand. And for the foreseeable future, I believe we can expect creator economy startups to keep rising and come up with products that will make the creator space even more amazing.

Don’t forget to download our free database with over 300 creator economy startups if you want an in-depth look into the space.