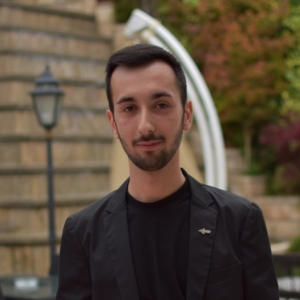 Since the rise of Social Media, influencer marketing has been a go-to marketing strategy for every single brand and company that wanted to get great exposure for a small price, but in the past few years, things have changed.

Instead of being a cheap and effective marketing method, working with big influencers became more expensive because influencers have reached some really big numbers when it comes to their following, plus they learned the value they provide to brands.

At the same time, the effectiveness of these campaigns with big influencers went down because people don’t have that deep of a relationship with someone who has millions of followers.

That’s why, most brands have shifted from working with ultra big influencers towards having campaigns with influencers with smaller followings, or so-called micro-influencers. This has been an ongoing trend in every single industry, including the pet industry.

Make sure that you stick around until the end of this article because we will provide you with a free list of the 50 best pet (mostly dog & cat) micro-influencers.

4 Reasons Why You Should Use Pet Micro-Influencers

Influencer marketing has enormous potential to increase your pet brand’s visibility as more people are finding products and supplements for their cats or dogs through pictures shared by their favorite influencers.

Choosing the right influencers to work with can make or break your influencer marketing campaign, and while many businesses assume that going with bigger influencers in the pet niche is better, that is not always the case.

Pet micro-influencers are often underrated when it comes to the exposure and sales they can provide to a brand, so many brands in the pet niche use them as a secret tool that separates them from their competition. Micro-influencers are a pretty new topic, so that’s why we’ll explain how in this case going smaller is better.

As follower counts increase, the cost to work with an influencer in the pet industry goes up too, so this creates a situation where a lot of brands must use all of their marketing dollars on a single influencer post. This has two flaws:

The first one is the fact that Instagram’s algorithm is unpredictable, so there’s a chance that the post doesn’t perform as well as previous posts, and because you put all of your marketing dollars in that single post, there is no second chance.

And even if the post performs great and a lot of people see your promotion, the goal of your campaign isn’t to get views, but to convert those people who have seen your post into buyers.

Micro pet influencers are much better at converting people from casual viewers to buyers because of the deeper relationship that they have built with their smaller, but more valuable fan base.

Because they have larger audiences, cat and dog influencers with a big following are in higher demand from brands in the pet industry. This leads to more complicated and longer arrangements that make things harder for brands that want to get sales.

Working with pet micro-influencers that don’t have as many followers makes it easier for brands to make a deal faster.

The lower availability of the big influencers in the pet and dog niches (as they are the two biggest) also means they have a higher promo rate too.

Micro-influencers have a smaller following, but smaller isn’t always bad. Fewer followers means the micro-influencer has more time to have direct communication with every single follower, which creates a much deeper relationship between the influencer and the followers.

If you are interested in diving deeper into how to find micro-influencers for free, check the full post that we have written on that topic.

Finding dog & cat micro-influencers is an easy task when you have a tool like this one, so there is only one step that is separating you from running your micro-influencer marketing campaign – contacting the influencers,

2 Ways to Reach Out to Pet Micro-Influencers

There are two methods that you can use to reach pet micro-influencers, however, we strongly recommend using the second one if you are looking to do this at scale.

Using Instagram messages to contact micro-influencers is pretty easy and straightforward, but there are a few caveats to this method.

The first problem is that micro-influencers, despite their small following, receive a lot of messages because they have more personal communication with their fans, so they might not even see your message.

Influencer Marketing is also getting more and more popular on a daily basis, so there are more brands messaging pet micro-influencers, which means it can be pretty hard for you to cut through the noise in their inbox.

The second problem is that Instagram has limits on how many DMs you can send per day in order to avoid spam on their platform. Nobody knows the correct number, but this limit is around 20 – 30 messages per day.

Since we’re an email data provider most of our clients use us to get targeted influencer email lists.

There are many services that are providing businesses in the pet niche with email addresses, but the problem with most of them is that they have outdated information that is a few years old.

Unlike them, we have up-to-date email addresses because we get our data by finding pet owners through specific keywords they have used in their Instagram bio, such as “pet owner”, “dog owner”, “cat lover”, and “labrador retriever lover”, etc.

We also validate every single email address before we provide the data to our customers. We do this to remove any bad email addresses and lower the bounce rate of your campaigns, which will protect your domain reputation in the long term.

On top of this, we also offer clients filtered data by their needs, such as age, gender, location, etc.

We really appreciate you reading our article until the end. As we promised, here we have a free list of the top 50 cat and dog micro-influencers that will help get you into the micro-influencer marketing game.

In our table, we have included data such as a link to their profile, as well as their username, number of followers, and text in bio.

You can go and try to reach these people through their DMs on Instagram, but as we’ve said before, if you want to scale your micro-influencer outreach, I would definitely recommend you start using email outreach, because you can’t do much with Instagram DMs

If you are interested in getting the email addresses from these micro-influencers and many more, make sure to book a free 30-minute call with our team.